Publix Grocery Recalls Pancake and Waffle Mixes Due to Salmonella 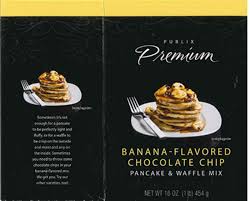 Via Consumer Affairs
Publix Premium waffle and pancake mixes in Alabama, Florida, Georgia, North Carolina, South Carolina and Tennessee have been recalled after milk used in the mixes was exposed to salmonella – sickening bacteria found in food.

Although, no hospitals have reported sicknesses from patients stemming from salmonella, the mixes are being recalled in an abundance of caution.

​These items are no longer being sold in stores and anyone that has been exposed or has questions should contact Publix Customer Care at 1-800-242-1227.

Wal-Mart Great Value Mac and Cheese Recalled Due to Salmonella 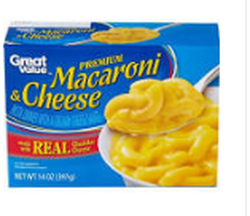 Great Value Mac and Cheese is being recalled due to Salmonella being found in powdered milk used in its ingredients. The company responsible for the tainted food released a statement saying that no reported illnesses have been processed, but it has been reported that Salmonella was present.

According to Food Safety News, “Consumers can identify the recalled products by the following label information:

Salmonella symptoms can include diarrhea, stomach aches and fever. 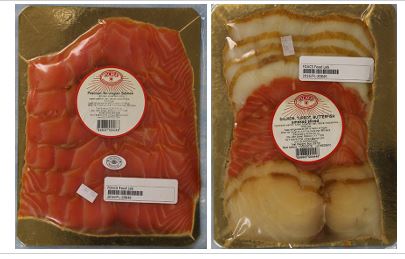 OLMA-XXI Inc. in Brooklyn, New York recalled packages of smoked Norwegian Salmon due to listeria concerns recently. The company recalled shipments that were distributed over a 10 month period after state inspectors found the bacteria in one of the packages. The contaminated meat was disseminated to 13 states from December 2015 through October 2016.

​The recall notice can be located here.

According to reports, customers who bought the product may return it for a refund or call the company at 718-675-0706.

The fish listed for recall can be identified by the information below:

A specific type of Oreo cookie is being recalled due to improper labeling of allergy warnings. The original and mint types of Oreo Fudge Cremes contain some form of milk, but the company did not provide this information on warning labels. As a result, one allergic reaction has already been reported in the country.

It is required by law for companies to specify that a product contains allergy concerns. If you are lactose intolerant or allergic to milk, the company discourages consumption of this product. It could run the risk of serious harm or death.

According to foodsafetynews.com, the recalls by the FDA include:

Taco Bell to Give Away Free Tacos

Taco Bell is giving away free Doritos Locos Tacos on November 2 from 2 to 6 p.m.  at any U.S. location all because of a bet the company made on social media. According to reports, Taco Bell promised to give away free food if a base was stolen by any player from either team in the match-up between the Cleveland and Chicago Cubs in baseball during the 2016 World Series Championship. It was part of the company’s "Steal a Base, Steal a Taco" promotion. 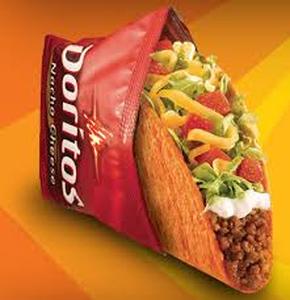 The U.S. Food and Drug Administration Indicates Food Regulation Violations for Products Made in Taiwan and the Philippines

The U.S. Food and Drug Administration has indicated food regulation violations for products made in other countries recently. Tentay Food Sauces Inc. was one of the culprits, with fish sauce that doesn’t list the food safety hazard of Clostridium botulinum toxin formation in either the raw material used to make the product or in the finished product.

During an inspection of their headquarters in Navotas, Philippines, the seafood HACCP regulation mishaps were discovered back in September. There were additional violations that included food not being refrigerated at the correct temperature to prohibit the food safety hazard of Scombrotoxin (histamine) from forming.

Tampa Subway Sanctioned Due to Live Roaches and Rodents Near Food

A Tampa, Florida health inspector revealed a disastrous scene at a Subway restaurant, locating a large number of live roaches and 35 rodent droppings on the floor and countertops of the establishment.

The roaches were located on the bread warmers, bread machine, sandwich cooler and near chips at the time of the inspection. The Subway location is 1951 East Adamo Drive Unit C in Tampa.

According to local news station, ABC Action News, the inspector noted at least 30 violations in the Subway including employees not washing their hands after bathroom use, mold on the fountain drinking machine and ice dispenser and lack of employee training verification.

​Hopefully, this establishment will not be up and running any time soon, and prayerfully no one reading this has eaten there.

Growing up, many were taught never to let food go to waste. However, in the U.S., particularly in larger cities like Los Angeles, this is precisely what is occurring. In order to combat a food waste issue, a breakout company called “BuffetGo” is making is it easy for restaurants to turn a profit for their leftover products.

At restaurants throughout the country after closing time, restaurants often throw away the remaining food that has been cooked, but not sold. BuffetGo founder Emil Rosengren Lolby told the LA Times recently, “This new and revolutionary way of dealing with the food waste epidemic problem our planet is suffering from is beneficial for all parts.”

​The new company has only been around a few months and began in New York and Chicago. Companies that have agreed to participate in the program are listed on the company’s website. The company provides an app where customers can order a meal digitally and then schedule a time to pick it up. It only accepts food that has been made within a 15-to-30 minute window. The prices are must cheaper than other food suppliers.

Since October is National Bullying Prevention Month, there is no better time to create awareness around preventing and stopping cyberbullying in your home. According to Medline Plus, approximately 25 percent of youth experience cyberbullying at some time in their lives. The key is to address the issue head on, rather than minimizing it. It is also recommended that parents combat the bullying by reassuring the child that they are indeed safe and collect as much evidence as possible of the harassment. It is necessary to take screenshots or save chat or social media conversations in case police need to get involved for evidence purposes.

​Also, don’t just accept that the issue will go away on its own. Suicides can be a fatal result of cyberbullying depending on the aggressiveness and persistence of the bullying and the temperament of the child being harassed. It’s also key that victims always keep a sense of self-worth and realize that the bullying is not their fault. 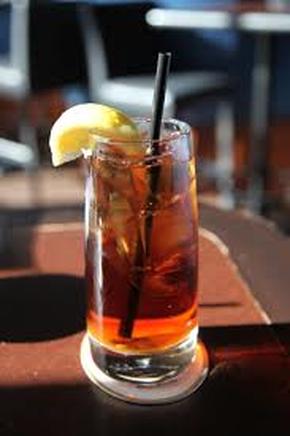 Think you can guess the worst foods/drinks for your health? Presumably, the top guesses would be sodas or some greasy, fried product.  According to eatthis.com, the worst food/drink for a human to consume is iced tea. Chicken nuggets come in at a close second. The site states that fast food iced tea has Propylene glycol alginate content that can cause cardiovascular or neurotoxic issues. It’s used in donuts also. However, green tea in cold water for two hours can actually be helpful to your body.

Fast food chicken nuggets can contain diglycerides, Red #40 and carrageenan, which are all harmful to the human body. An alternative would be creating your own nuggets from a healthier form of chicken breast.

Certain cereals also made the list on eatthis.com. According to the site, “Popular varieties like Frosted Flakes and Fruity Pebbles are also laced with Butylated Hydroxytoluene (BHT) or BHA (Butylated Hydroxyanisole), ingredients that are banned in the UK, Australia, New Zealand, Japan and much of Europe because they are thought to be carcinogenic.” 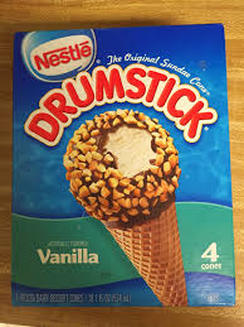 According to reports, Nestlé is recalling several types of Drumstick ice cream cones due to fear of a listeria outbreak in California. Even though the listeria tests were only positive in one California factory and there have been no reports of illness, in an abundance of caution, a voluntary recall was put in place for Drumstick Club 16 count Variety Pack and the 24 count Vanilla Pack that were created between August 31 and September 17.

Click here to see the product codes of the specific cones impacted. 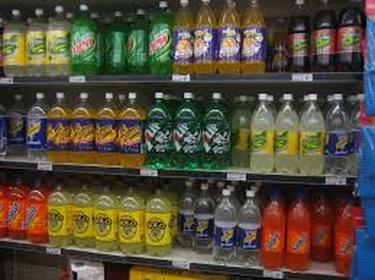 We’ve all heard the horror stories about over-consumption of sodas. Personally, the acidic feel is enough to make us stray away. However, some rely on soda to boost their caffeine intake and jolt their start to the day.

Most assume that the largest impact drinking excessive amounts of soda can have is weight gain. However, there are effects that can be much more sinister. Since these types of drinks have a heavy concentration of sugar, they can also be linked to the early onset of diabetes. Tooth decay and bone thinning can also be consequences of heavy soda drinking.

Since the focus of sodas is so often correlated with weight gain, people are turning to sugar-free sodas as an antidote. Could this really be helping their health? Researchers think not. According to CNN, studies have proven that diet soda consumers are often more obese than normal soda drinkers. These type of sodas also come with new negative correlations such as depression in females and heart disease, along with the previous risks of regular soda consumers.

Nutritionists are recommending that soda drinkers steadily replace their consumption with a mix of water and soda since they may be addictive in their lives. How many sodas do you drink a day? Could you quit cold-turkey? This definitely gives you something to think about.

Flu Season: Foods You Should Stay Away From While Sick 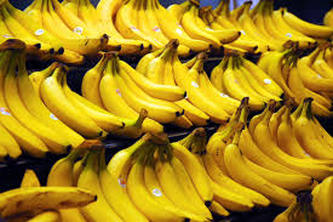 Are you feeling a little under the weather? We’ve located some great foods to eat when you aren’t feeling your best. If you’re having digestive issues, you may want to stay away from hot wings. Any zesty foods or drinks with caffeine may only irritate your symptoms further. The most helpful foods in this case may be crackers or pretzels according to CNN.

If you have a sore throat, old homemade remedies will come to mind. These may have some of the ingredients recommended to squash that annoying sore throat. The recommendation for this ailment is tea that is warm, but not hot and honey. Soup or mashed potatoes could not hurt in this situation either. However, you should not consume chips or other rigid foods to fix the issue.

Do you find yourself blowing your nose all day long? The worst thing that you can do is obviously consume a meal with a lot of spice. These types of foods tend to make your nose run even when you aren’t sick at the time.  Perhaps, you should try apple cider or tea with lemon to help.

After a good workout, you will most likely have some aches and pains. Make sure that you stay hydrated. Any foods that will lessen this process won’t be right for you at that time. In this situation, foods with magnesium will be your best friend such as leafy vegetables and bananas.

Fitness Tips: What to eat before a workout 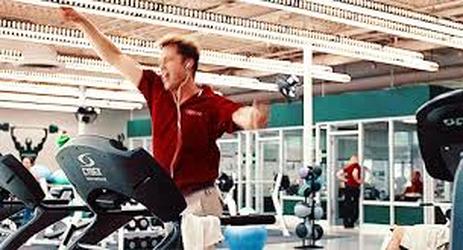 You have your water or Gatorade, a towel, a change of clothes, and your trusty headphone. You’re all ready for a nice, productive workout at the gym right? When in the mindset of fitness, many people never equate what they should eat before and after flexing their workout muscles in the gym.

According to today.com, it’s vital that you eat a portion of food before a hearty workout rich with carbohydrates and a touch of protein. Joy Bauer recommends: a banana, granola bar, or whole grain cereal before facing the treadmill.

Within an hour after you run or complete a fitness class, they recommend consuming a sports drink or an apple with peanut butter.

Joy Bauer is a fitness expert for the Today Show. Want more healthy tips? You can receive them daily by following Bauer on Twitter through the button below!
Joy Bauer Twitter